Boomstra and Shvartsman still in balance 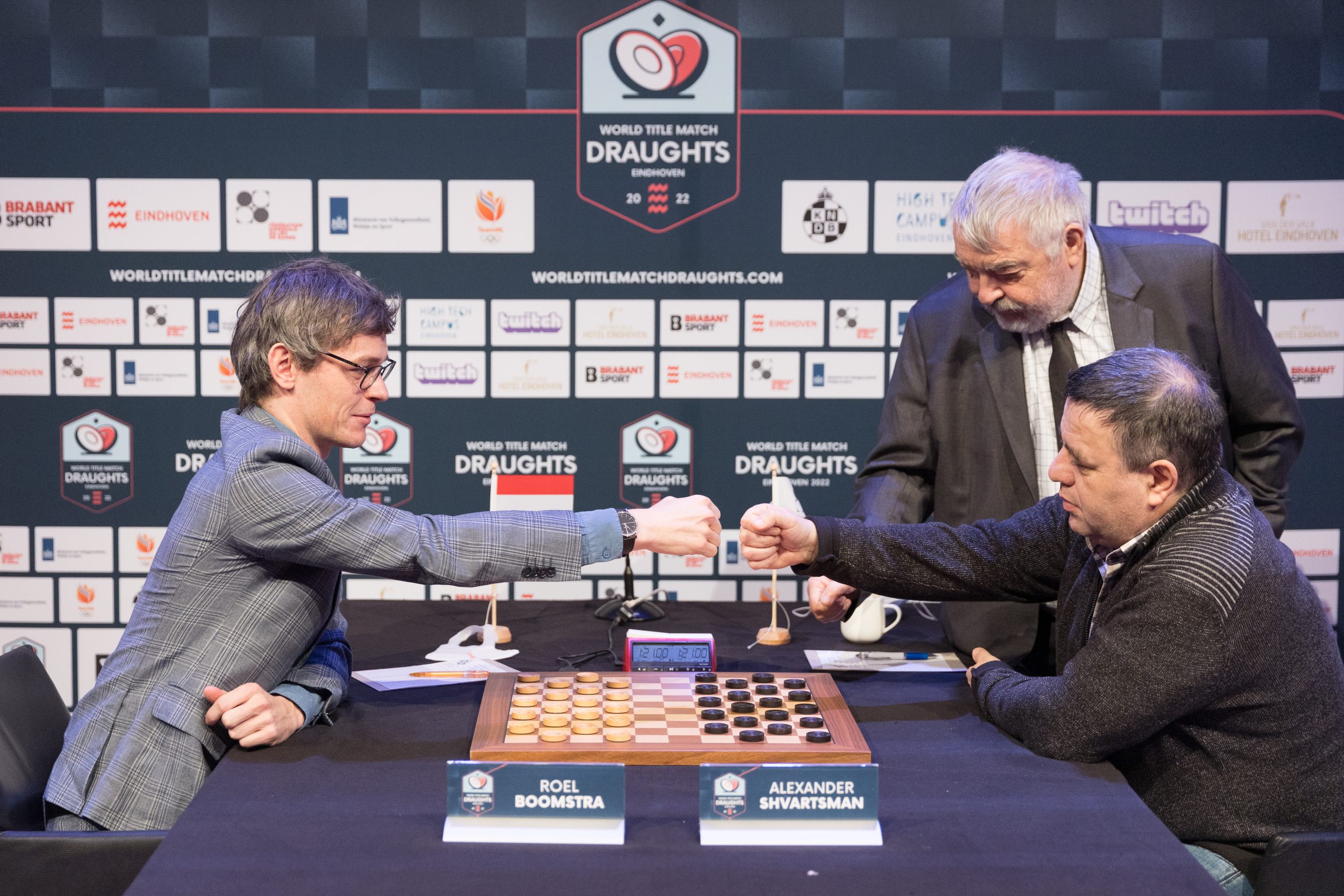 Boomstra and Shvartsman duel results in a draw for the third time in a row.

Unfortunately for both Boomstra and Shvartsman, three times is not the charm. The two giants of draughtsmen held each other to a draw again. This means that the title fight can still go either way.  The first few moves it seemed as if Shvartsman would avoid the tension. For instance, on move two he did not choose the sharpest variant. But the five-time world champion changed strategies on move nine, choosing the sharpest variant. From that moment it became clear that game day 3 would be an interesting battle. In the middle of the game Boomstra missed a move, leaving him no choice but to defend. However, the Dutchman did this creditably until the end, so that his Russian opponent could not take advantage. Roel Boomstra reacted afterwards to the most exciting game so far: “Shvartsman clearly had the upper hand in this game.” Despite today’s difficult match, the two-time world champion says he has acquired a taste for it: “I don’t mind playing every day. It feels like the competition has only really started now.”

Finally to the park

The World Championship of Draughts can be followed daily via streaming partner Twitch. Today, the checkers spectacle attracted over 64,000 viewers. Tomorrow is a rest day and Boomstra already knows how he will spend this day. “Before the start of each playing day I go to the park, but the problem is that it is a half hour walk. When I arrive at the park, I can already go back to the hotel,” he smiles. Fortunately, there is a little more time tomorrow. In the evening, however, he will start preparing again. On Sunday, January 9, game 4 begins and the title race will resume.