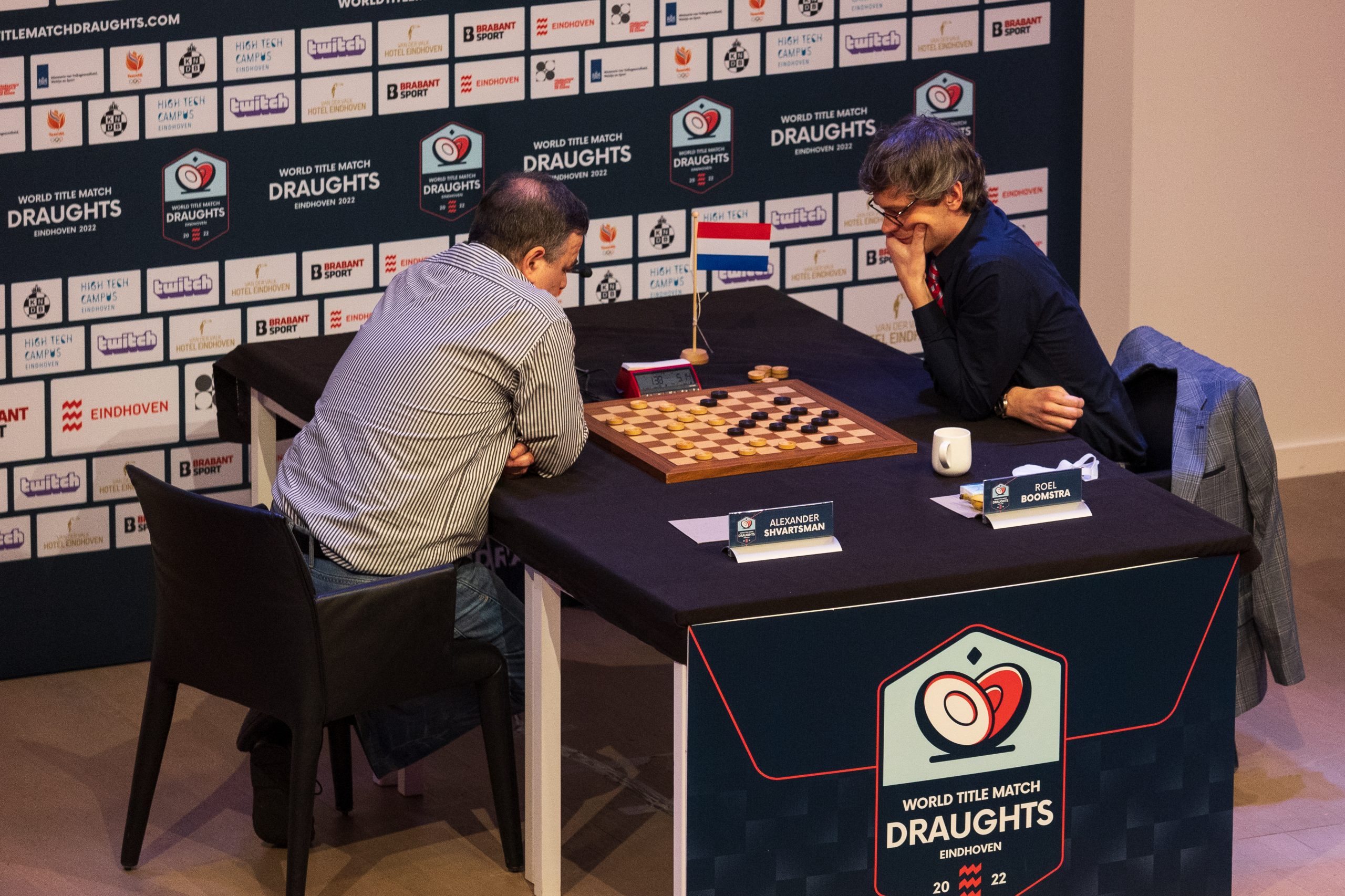 Boomstra’s possible tactics after his victory in the tiebreak had been shrouded in mystery for two days. Today we finally saw what the Dutchman, together with his team, had been planning on. The two-time world champion did something completely new. He pulled out a variant that has only been done four times before by grandmasters in the history of draughts. Moreover, this variation is usually not known to work well for black. On move 6 he hit with 12×21 where normally 11×22 is common. Shvartsman was clearly not prepared for this. This was reflected in the time he took per move, which went up dramatically.

However, Shvartsman initially remained calm after Boomstra’s element of surprise. The duel continued with a lot of tension and this resulted in an interesting score. But already on move 15 things went wrong for the grandmaster from Moscow. He played 41-37, a fatal mistake which left his opponent every opportunity for a surprising breakthrough combination. In fact the game was already over. Roel Boomstra takes us to the moment that completely changed the game: “I was very surprised and immediately very happy. I actually did not expect him to play the move, but he did.”

Shvartsman was able to take Boomstra’s king as a palliative, but at this level an advantage of one piece is almost always decisive. Roel finished the won position flawlessly, doubling his lead in the World Title Match Draughts. “I feel great. This is another step towards the three,” said Boomstra referring to his third world title.

The World Title of Draughts can be followed daily via streaming partner Twitch. Extra special today is the milestone of 1 million views, spread over the World Cup so far. The livestream attracts a lot of viewers, with over 475,000 unique viewers already after game day 8.