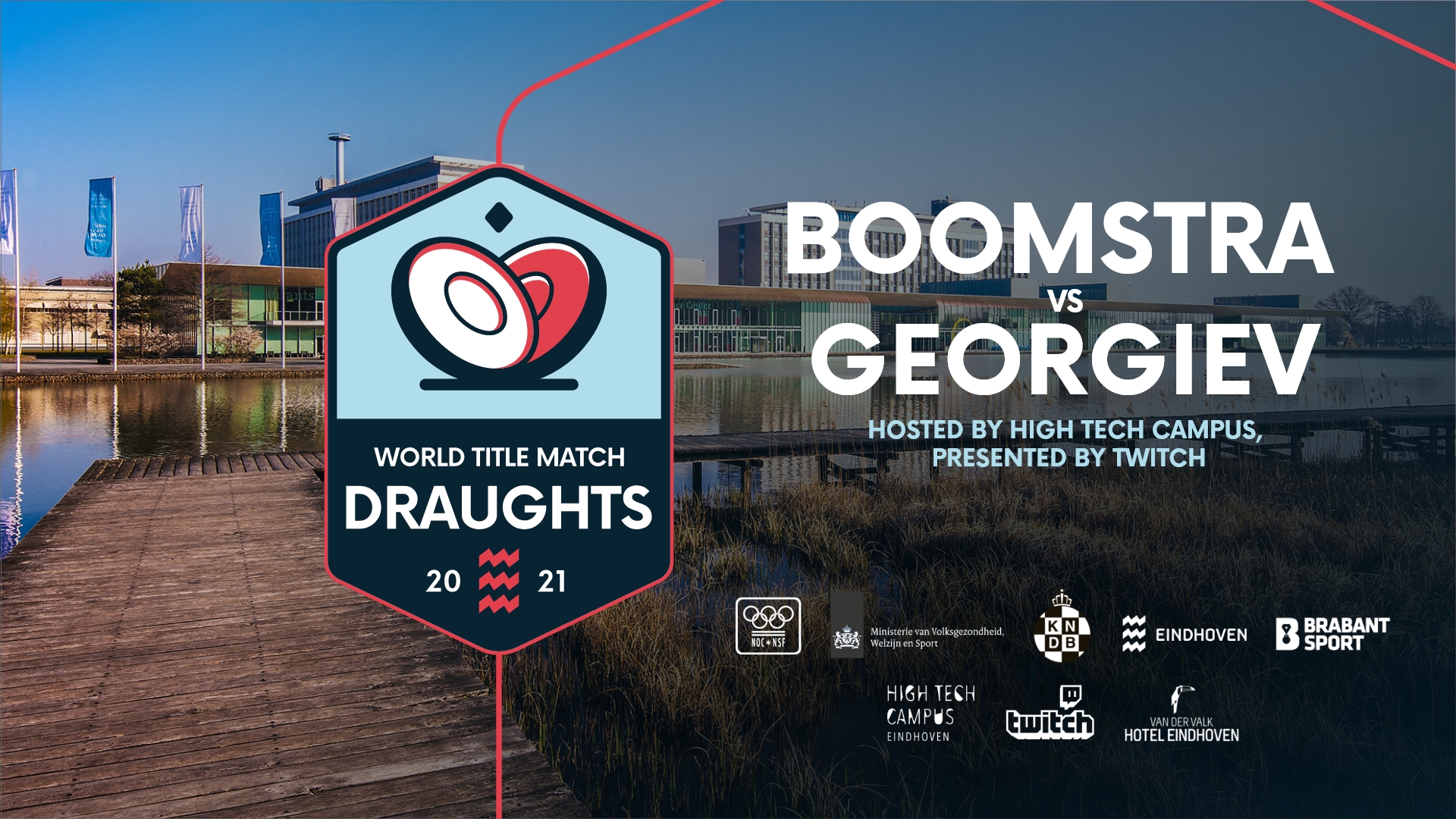 From January 28th in Eindhoven

The iconic match up will be decided on Dutch soil for the third edition in a row. Reigning world champion Alexander Georgiev will take on Roel Boomstra from January 28th. The competitors will play twelve matches at the High Tech Campus in Einhoven, unless a decision has been made earlier. If no final decision has been made after twelve games, there will be a thirteenth and decisive rapid game on Friday, February 12, which will decide the duel.

The battle for the world title of draughts takes place every year, but every other year in a different way: one year there is a duel, the other year a tournament with a large number of players. The winner of the duel then has the right to challenge the winner of the big tournament the following year. That right now belongs to Roel Boomstra, the champion of 2016 and 2018, Georgiev in his turn won the world title at a tournament in Ivory Coast in 2019. Georgiev already signed for his tenth world title and matched Alexey Chizhov’s record. In the event of a win, Georgiev will be on a solitary level.

Sports of forward-thinkers in the smartest area of the world

Boomstra vs. Georgiev is made possible by NOC*NSF, the city of Eindhoven, Ministry of Health, Welfare and Sport, BrabantSport, High Tech Campus and streamed via Twitch. Arjan de Vries, director of the Veenendaal Sports Cluster, which includes the Royal Dutch Dambond (KNDB): “It is unique that for the third time in a row, we are allowed to host this title match. We were able to find an excellent location in Eindhoven, which fits in seamlessly with the sports of draughts. It is a sport of forward-thinkers in the region of forward-thinkers. Through Twitch we also have a unique platform to broadcast the games”.

Simultaneously with the title match, a corona proof program for young and old will take place in the province of Brabant. They will be connected to each other online with the help of the dam application of the KNDB.  School classes get acquainted with the sport of draughts and stimulate their beta talent. Elderly people in nursing homes can still play a board game online during these tough times. This program is on the initiative of BrabantSport and supported by the five biggest city of Brabant: Breda, Helmond, Eindhoven, Tilburg and Den Bosch.

World Cup in Eindhoven not endangered

WK in Eindhoven niet in gevaar