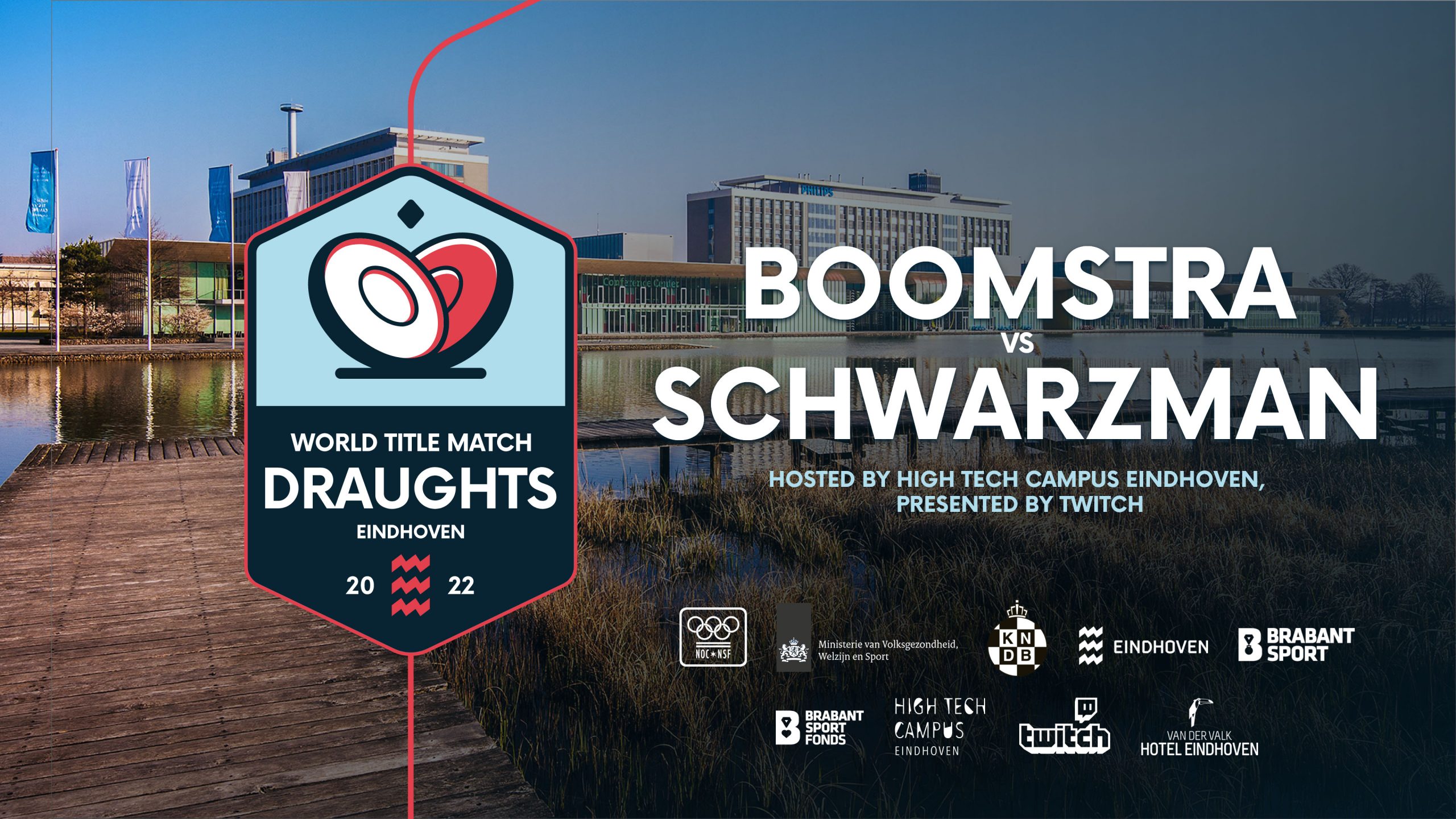 This January in Eindhoven, Roel Boomstra vs. Aleksandr Schwarzman

From January 5, 2022, challenger Roel Boomstra will take on reigning world champion Aleksandr Schwarzman in his home country. After 28 years in which the duel did not take place in The Netherland, it will be for the third time in a short period that it’s hosted by the Royal Dutch Draughts Association (KNDB).

The competitors play twelve games in the High Tech Campus located in host city Eindhoven, unless there is an earlier decision. If after twelve games no final decision has been reached, there will be a thirteenth and decisive rapid game on 20 January 2022, which will settle the duel. Interestingly, a tiebreak will be played after every six consecutive draws. The organization expects a spectacular course of the games.

The duel for the world title  takes place every year, but every other year in a different way: one year there is a duel, the other year a tournament with a large number of players. The winner of the duel then has the right to challenge the winner of the major tournament the following year. That right now belongs to Boomstra, the 2016 and 2018 champion, Schwarzman won the world title at the tournament in Estonia in 2021. The Russian is a five-time world champion.

Boomstra vs. Schwarzman is made possible by NOC*NSF, city of Eindhoven, Ministry of VWS, BrabantSport, High Tech Campus, BrabantSport Fund and broadcast via media partner Twitch. Arjan de Vries, director of the Royal Dutch Draughts Association (KNDB): “It is unique that for the third time in a short period of time we are privileged to host this title match. We managed to find an excellent location in Eindhoven, which connects seamlessly with the sport of draughts. It is a sport of forward thinkers in the smartest region of the world. Through Twitch we also have a unique platform to broadcast the games and reach out to beta talent worldwide. Something that is hugely important to this region.”

Simultaneously with the title match, a corona proof program for young and old will take place in the province of Brabant. They will be interconnected online using the KNDB’s draughts application. In addition, the libraries as the living room of the city play an important role. This project, during and after the World Cup, brings the entire province together to make a move against loneliness. This program is supported by the B-5 cites, namely: Breda, Helmond, Eindhoven, Tilburg and Den Bosch. With thanks to the BrabantSport Fund the program can be rolled out even more intensively.