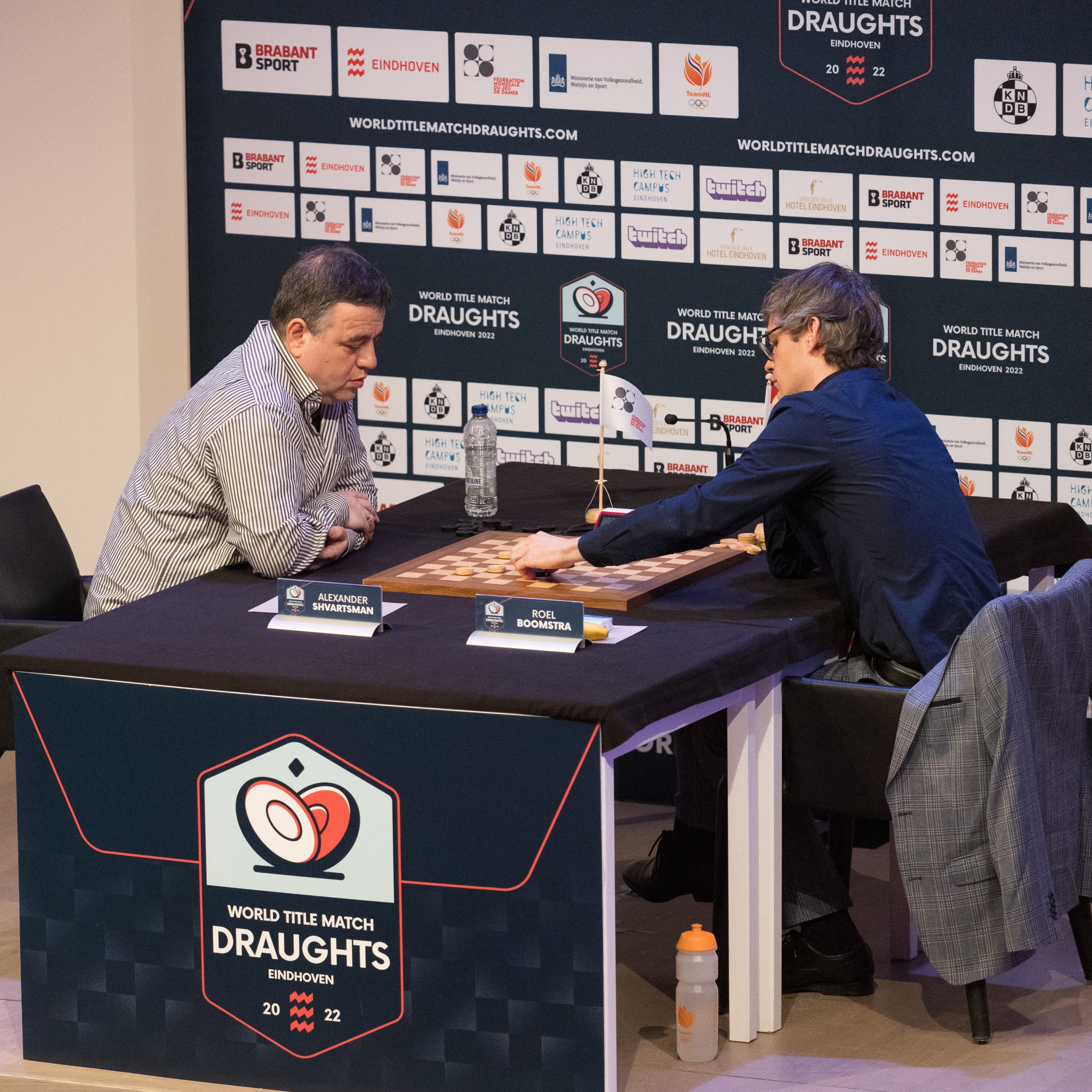 Roel wins the tiebreak in seventh match of the day.

After an exciting day at the High Tech Campus, Roel Boomstra managed to beat Alexander Shvartsman. He did this by winning the seventh game of the day. Because the first 6 days of play ended in a draw between Boomstra and Shvartsman, today the tiebreak was played to create a lead in the World Cup. Roel reflected afterwards: “Today was of a very high level, which of course is also nice for the viewer. For me it was important to stay calm and keep calm, fortunately I succeeded.”

Both the three Rapid games and the three Blitz games ended in a draw, so it came down to the Superblitz. In the first Blitz game Roel already saw a chance at winning, only it was well countered by Shvartsman in defense. In the following Superblitz both draughts players started with 10 minutes, adding 2 seconds per move. Halfway through the Superblitz Boomstra trapped his opponent, from which Shvartsman barely managed to escape. However, Roel then managed to weave a beautiful, tactical web in which almost every move of Shvartsman was answered. Finally Roel struck, by giving Shvartsman a king and via a so-called sticker, knocking three checkers and the enemy king off the board.

The battle is loose

In his euphoria Roel is already looking seriously ahead to the upcoming games. He says: “The hardest part of the battle is yet to come. Of course it’s nice for me to have taken the lead, but that doesn’t mean anything. After all, I still need two more wins.” When asked what he still expects from Shvartsman he is clear: “Shvartsman is a real fighter so I still expect a lot from him in the remaining games.” Both draughtsmen will have little time to recover from the tiebreak, as tomorrow game day 7 is already scheduled.