Ga naar inhoud
Fight on the board ends in a draw

Fight on the board ends in a draw 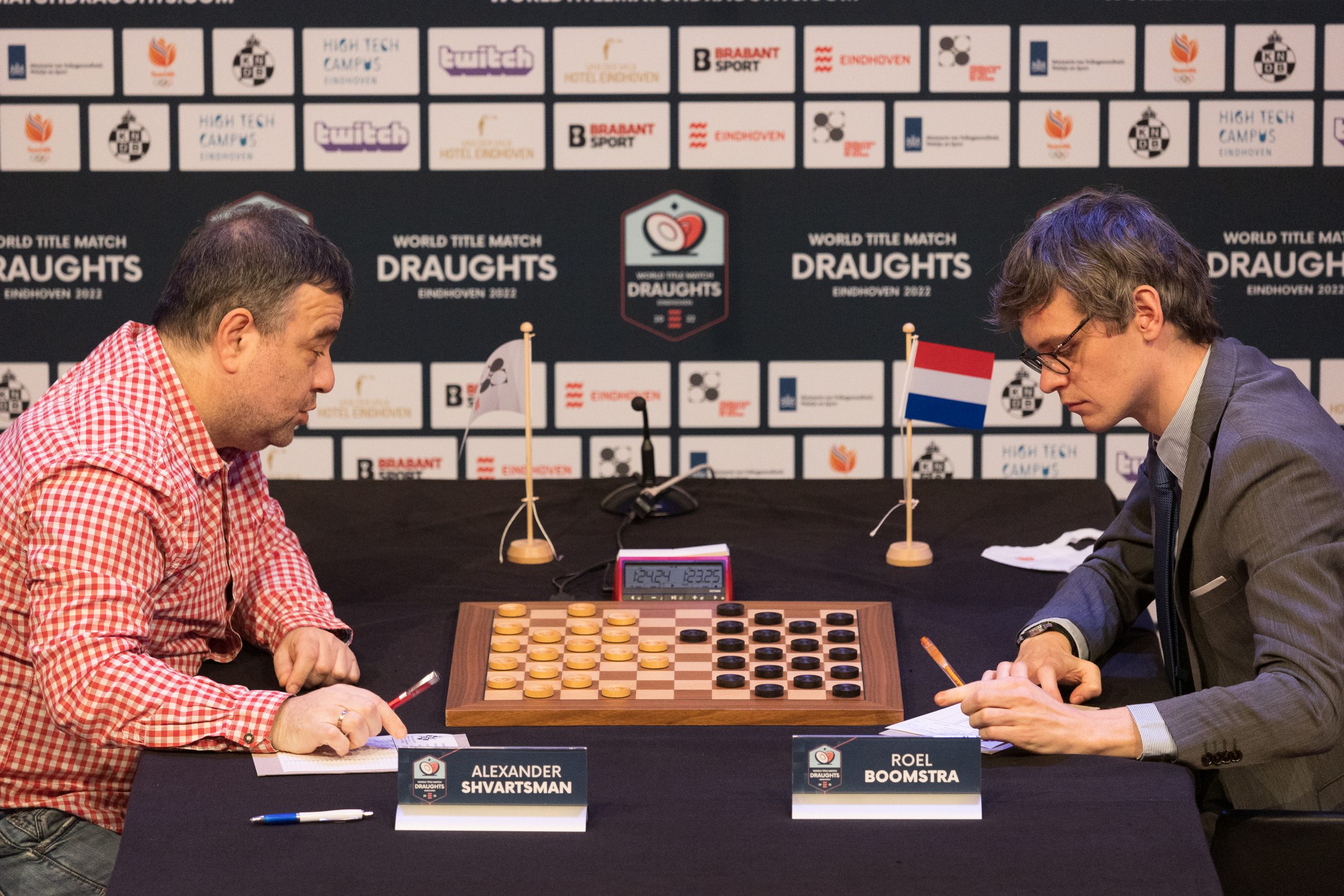 Boomstra and Shvartsman sign for a draw after exciting battle.

Quite early in the match, draughts fans around the world could enjoy an interesting game. With move 11. 35-30 Shvartsman showed his attacking intentions. Then the game changed to a Roozenburg attack. This produced interesting opportunities for both players, with Shvartsman seeming to enjoy the most benefit from this game situation. “It was my best game so far in this tournament,” he said.

Finally, on move 21, Roel decided that he no longer wanted to play against this Roozenburg attack and switched to an edge game, shifting the odds a bit more in favor of the Dutchman. Still, this did not yield a decisive advantage, so both players eventually signed for a draw on move 46.

The grandmaster is back

Alexander Shvartsman seemed to be back to his best today. The five-time world champion looks back on the course of a for him strong game: “Roel played very cautiously and got into trouble. I played very well. Maybe he was surprised”, he says with a mischievous grin.

With the completion of game day 10 and the fact that Roel Boomstra has already written two victories to his name, the duel for the world title is approaching a blistering climax. With that, the question hangs in the air as to whether Shvartsman has figured out another strategy to beat his opponent in the regular games or whether he will instead wait for the upcoming tiebreak.  “It depends. If I feel good and if I am in a good position, then I will play,” the Moscow-based grandmaster concluded.