Fireworks on matchday 11 do not produce a winner 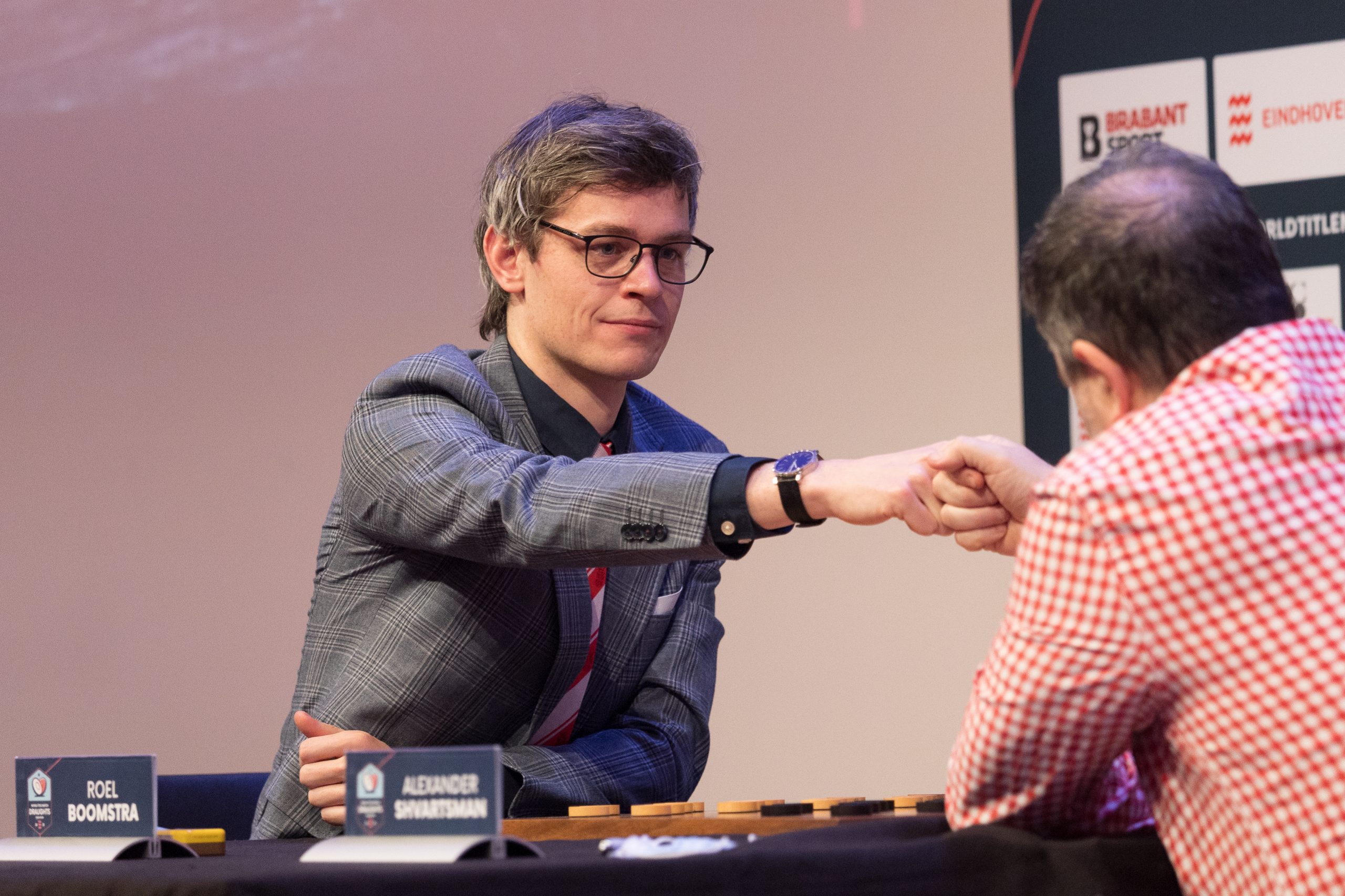 Boomstra and Shvartsman shake hands to a draw after exciting battle.

The draughts experts among us will undoubtedly have had a “déjà vu” at the beginning of game day 11. Roel Boomstra and Alexander Shvartsman played exactly the same opening as during their previous duel in 2018. In the end, it was Roel who deviated first. The Dutchman played 11.46-41 where he played 11.37-32 at the time. Shvartsman immediately responded sharply with 11…16-21. He then went on the attack, but then there was a transition, where Boomstra posed a Cloverleaf lock. With this he pinned the Russian’s long wing. At first it was unclear exactly who was benefiting from this newly created game situation. After a surprising move by Boomstra with 29.36-31, Shvartsman made the understandable choice to forgo an even more exciting continuation of the game. The five-time world champion opted for an exchange, while Roel also saw no further chances of winning, after which the game quickly ended in a draw.

No time for soup

That matchday 11 resulted in a beautiful game, Alexander Shvartsman emphasized again after the game. The cheerful Russian, who was clearly pleased with the course of the match, said the following afterwards: “It was such an interesting match that I didn’t even have time to eat my soup in between.’’

Battle to the end

Roel Boomstra was also satisfied with the course of the match today. “I have no reason to complain. It was interesting games the last few days.” The two-time world champion is convinced that the duel will remain exciting until the absolute end: “My strategy is to just keep playing the best move. I’m assuming I’ll play on Thursday night as well.”