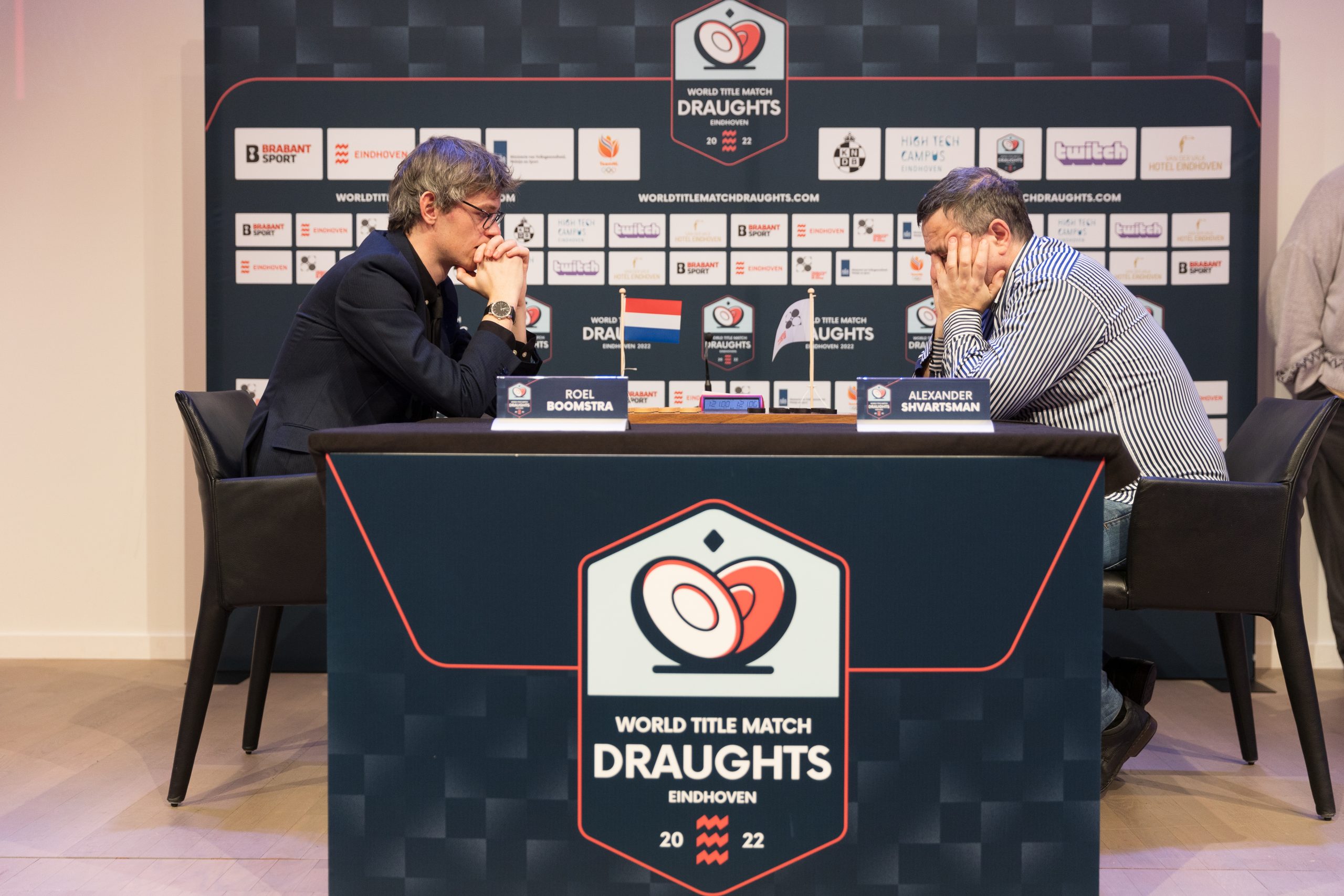 Boomstra and Shvartsman keep each other in balance on matchday 7.

Foot off the gas

After yesterday’s exhausting tiebreak, in which Roel Boomstra finally secured victory in the evening hours, the two-time world champion took his foot off the gas today. Matchday 7 had exactly the same opening as in game 5. It was interesting to see who would deviate first. In the end it turned out to be Boomstra, who today played 34-30 on move 11 instead of 36-31 as in game 5.

On move 17, the two-time world champion dropped out for good. “I was tired after yesterday’s tiebreak, so I decided to take it easy today. In the coming days, I plan to get back in action.” That matchday 7 would end in a draw was in line with the expectations. Nevertheless, today’s game ended less quickly than initially expected. According to Boomstra this was due to his opponent: “He came here today to fight and I have to praise him for that.’’ The Dutchman indicated that he was ready for a rest. When asked if he is going to change his strategy now that he has secured his first victory, he was very secretive. With Boomstra holding the cards close to his chest and Shvartsman keen on a victory, we can surely estimate an interesting match tomorrow.