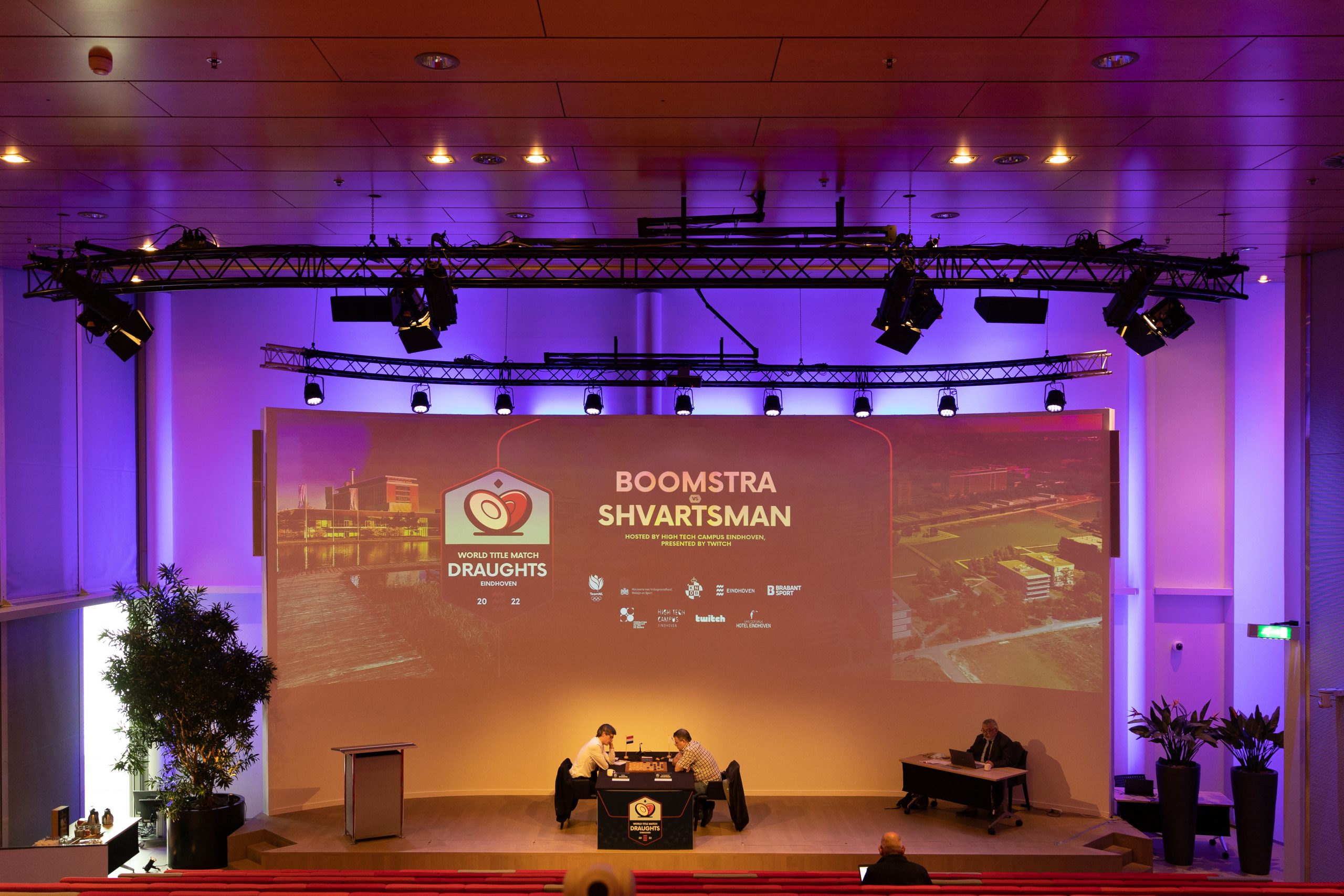 Boomstra and Shvartsman keep each other in balance.

Today, the head-to-head duel for the World Title has finally begun. Tournament director Arjan de Vries and Vice Mayor for Economics, Brainport, Education, Innovation and Sports Stijn Steenbakkers presented the opening of the tournament. Roel Boomstra started the world title match draughts with white. After the match he stated the following: “I had to get used to the environment and the start of the tournament. Hopefully I will get into the rhythm tomorrow. I look forward to the rest of the world title matches here at the High Tech Campus in Eindhoven.’’

De World Title Match Draughts can be followed daily via streaming partner Twitch. The world title match drew a big audience from the Netherlands as well as Russia. The stream counted a total of more than 95.000 unique viewers. The second fixture will be played tomorrow at 11:00am. Then Shvartsman will be playing with white.