Playday 9 ends in an expected draw 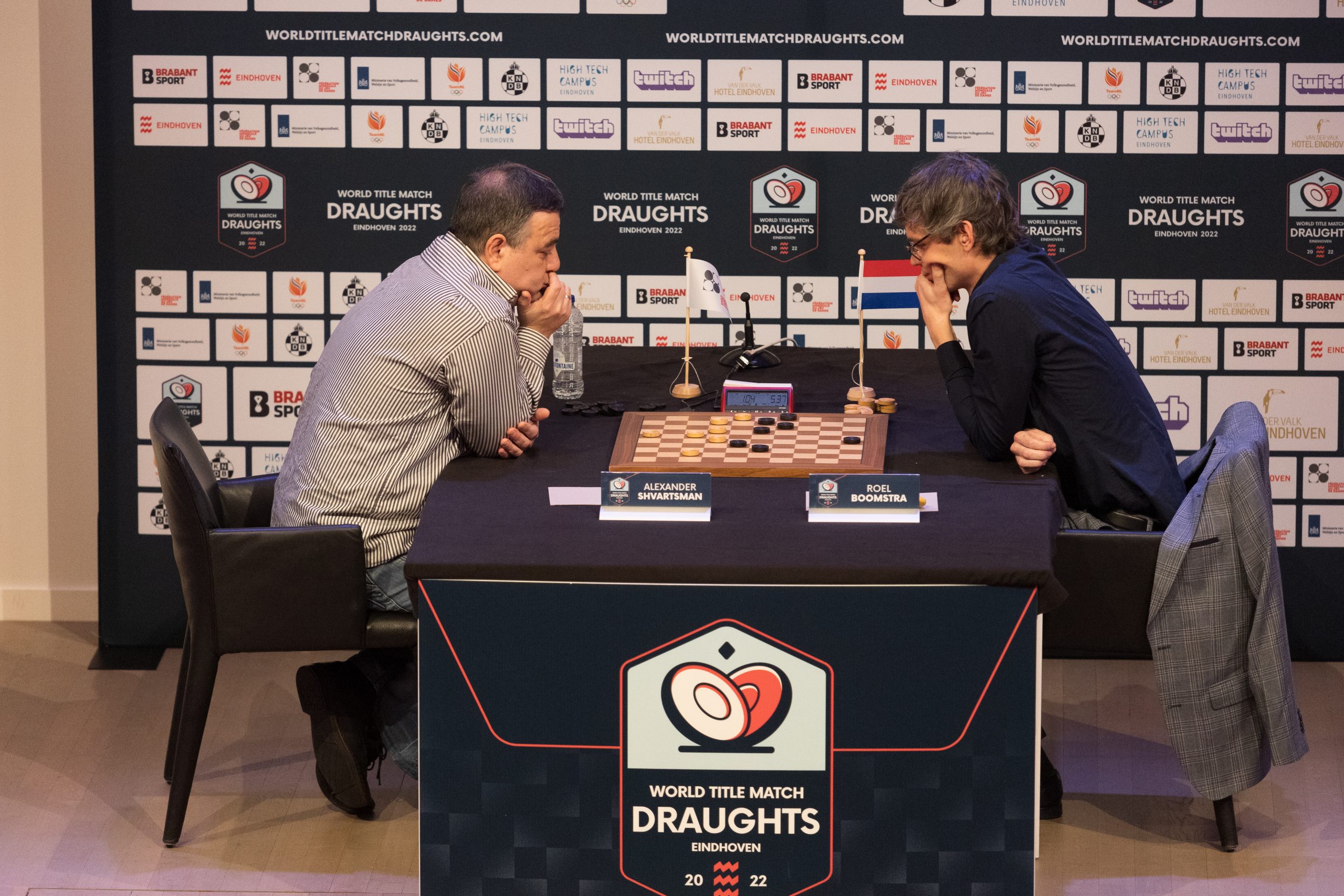 Roel Boomstra and Alexander Shvartsman conclude an exciting week with a draw.

With the victory of Roel Boomstra the day before and the intensive tiebreak last Wednesday, a draw was in the line of expectation. Both Boomstra and Shvartsman seemed to have run out of energy. Where the Dutchman went into game day 9 to consolidate his lead, the Russian did not want to fall further behind. After an opening we’ve seen twice before, on game days 5 and 7, it was Shvartsman who deviated first on move 10. He played 10-15, while in the previous two games he played 1-7. The five-time world champion tried to surprise Roel, with which the roles were reversed from game day 8. The two-time world champion, however, kept his cool. The game continued to drag along for a long time. On move 40, both finally settled for a draw.

To say that it was not an easy week for Alexander Shvartsman is an understatement. His opponent won in the tiebreak and also struck on game day 8. However, with his sharp tongue and somewhat dry humor, Shvartsman seemed to be back to his old self after the match. The grandmaster had a clear message for his fans: “I was very disappointed yesterday, but the match is not over yet.” But before the battle resumes, there will be a rest day. “Maybe I’ll go to the city. I heard that the stores are open, so I’m going to buy clothes for the kids,” he says of his plans. Next Monday, on game day number 10, we will see if Shvartsman can make a comeback.