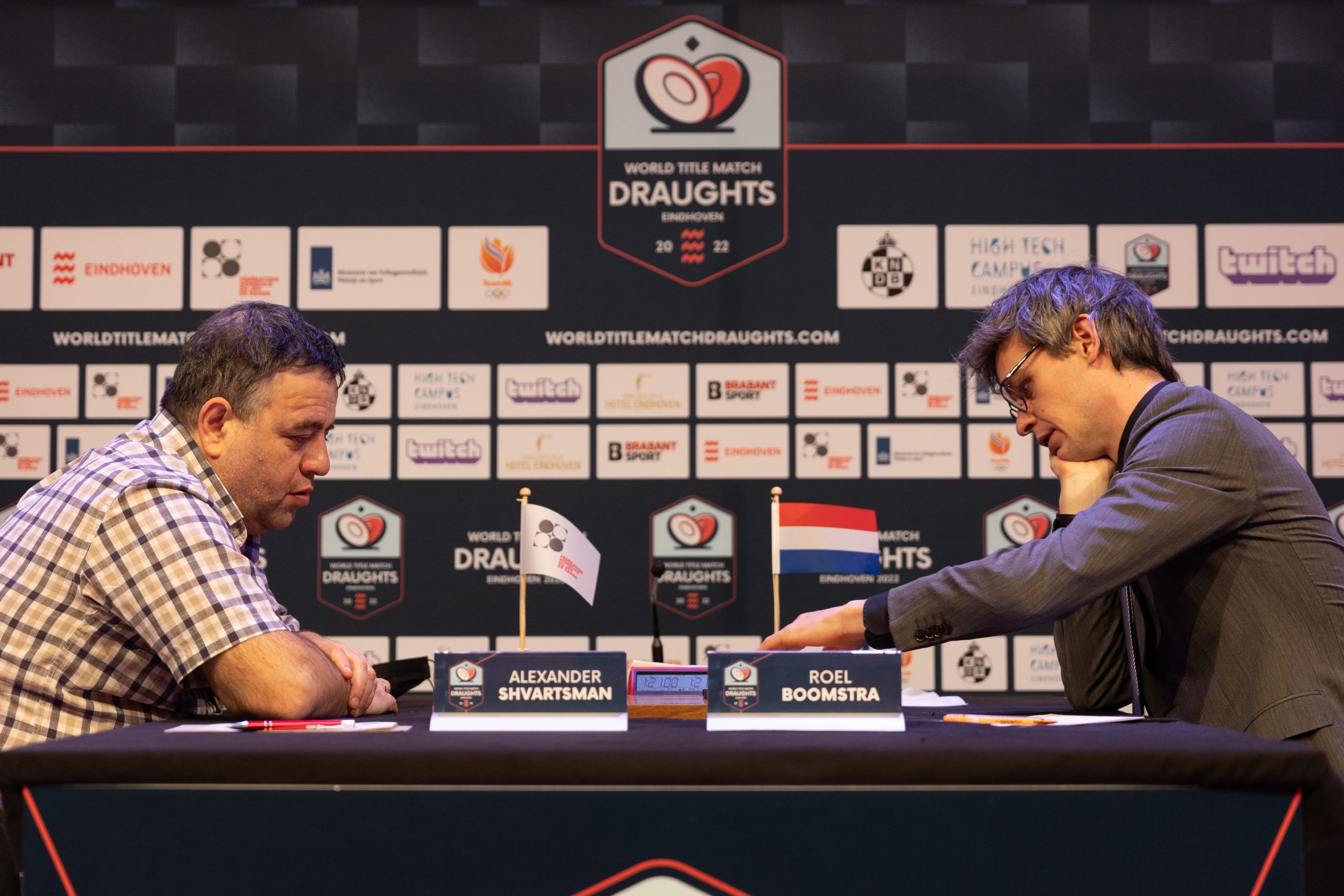 Whereas game day 4, just like game day 3, did not start off spectacularly, the battle halfway through the game ignited again. Shvartsman took an exchange on move 8, which initially took the tension out of the game. But about 10 moves later the duel became more and more exciting. From that moment on, the odds were in Roel Boomstra’s favor.

The trick of the grandmaster

For a long time the question arose whether it could turn into a winning advantage for the Dutchman. But the cunning Shvartsman defended creditably and eventually did not get into trouble. On the fortieth move, he played a very accurate move, forcing an inevitable draw. This move actually seemed impossible, but through his tactical ingenuity the grandmaster managed to pull it off.

The five-time world champion clearly put the pressure on his Dutch competitor, thus putting himself in an underdog position. “I’m not at my best anymore this year,” he says with a sly smile. Shvartsman also again cites the age difference between him and Boomstra (54 and 28 years respectively). The draughts experts among us know better, however. Shvartsman won everything there is to win last year and last month he became world champion in quick checkers. When reminded of this afterwards, the Muscovite smiles and simply replies with: “That was last year, not this year.”‘

The World Title in Draughts can be followed daily via streaming partner Twitch. The stream once again attracted a lot of viewers; a total of over 165,000 viewers logged in during the day to watch the checkers spectacle, with 12,000 viewers at the peak. To top it off, on day 4 a milestone of over 600,000 views was reached.