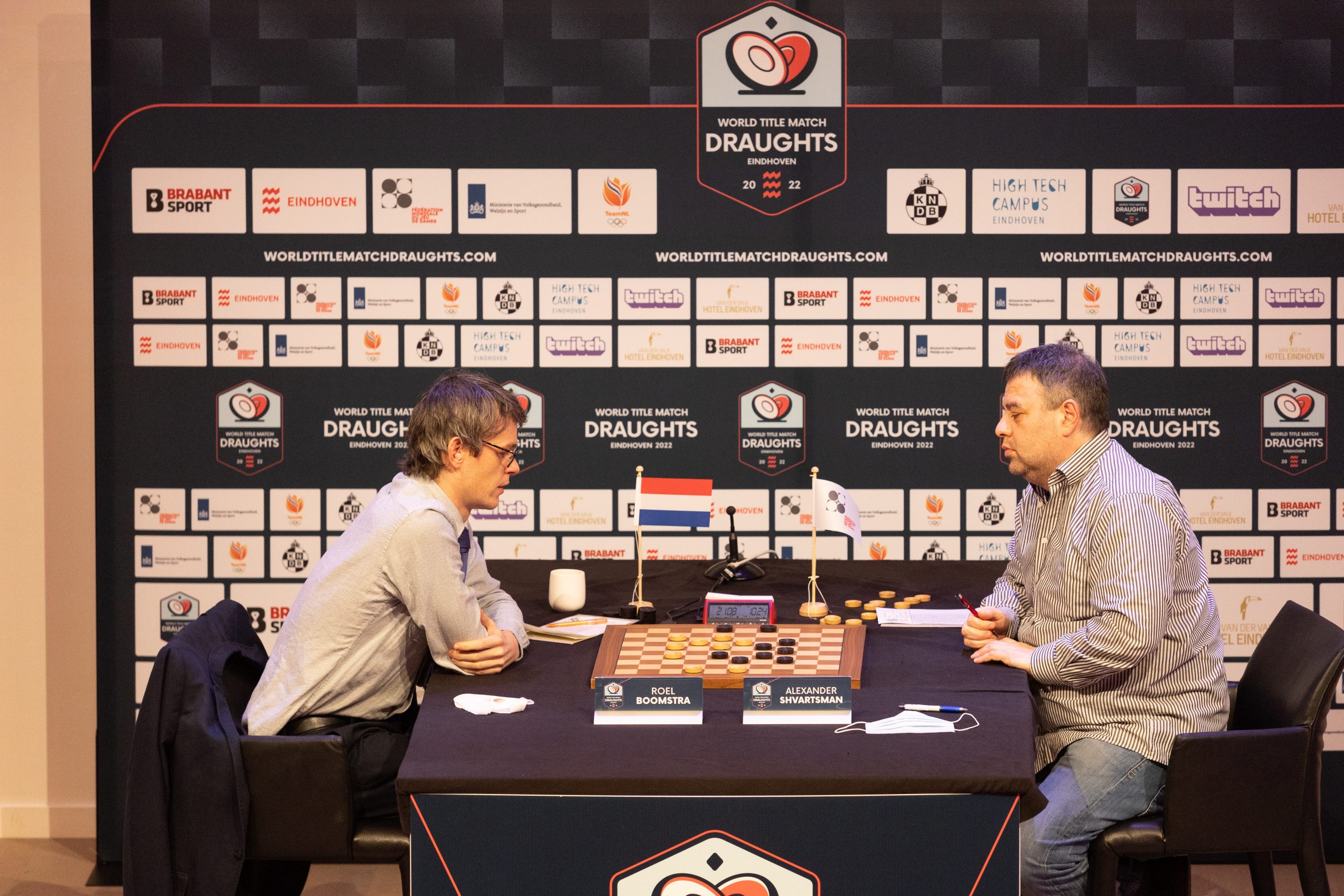 Neither Roel Boomstra, nor Alexander Shvartsman, have so far managed to achieve a first victory in the duel for the world title. Very early in the game, on move 3 to be exact, Shvartsman played a move with which it was clear that the five-time world champion wanted to avoid an interesting game. At first it seemed that Boomstra had the advantage, but then the Muscovite played an accurate move with 19…15-20. From that moment on the game was deadlocked, thus drawing parallels with matchday 1 and 2.

All this to the great frustration of Roel Boomstra. Afterwards the two-time world champion was clearly not happy with his opponent’s style of play: “I don’t think this is how you are supposed to play a game. I don’t know what his strategy is, probably to win in the tiebreaks. As a draughts lover I think it is a bit of a shame.”

The Dutchman does not beat around the bush. With the fifth consecutive draw, a possible tiebreak is getting closer. Boomstra already looks ahead: “Shvartsman is the current world champion in rapid chess, but I am also good in a rapid match. I like to do it and I am confident that it will turn out well.”