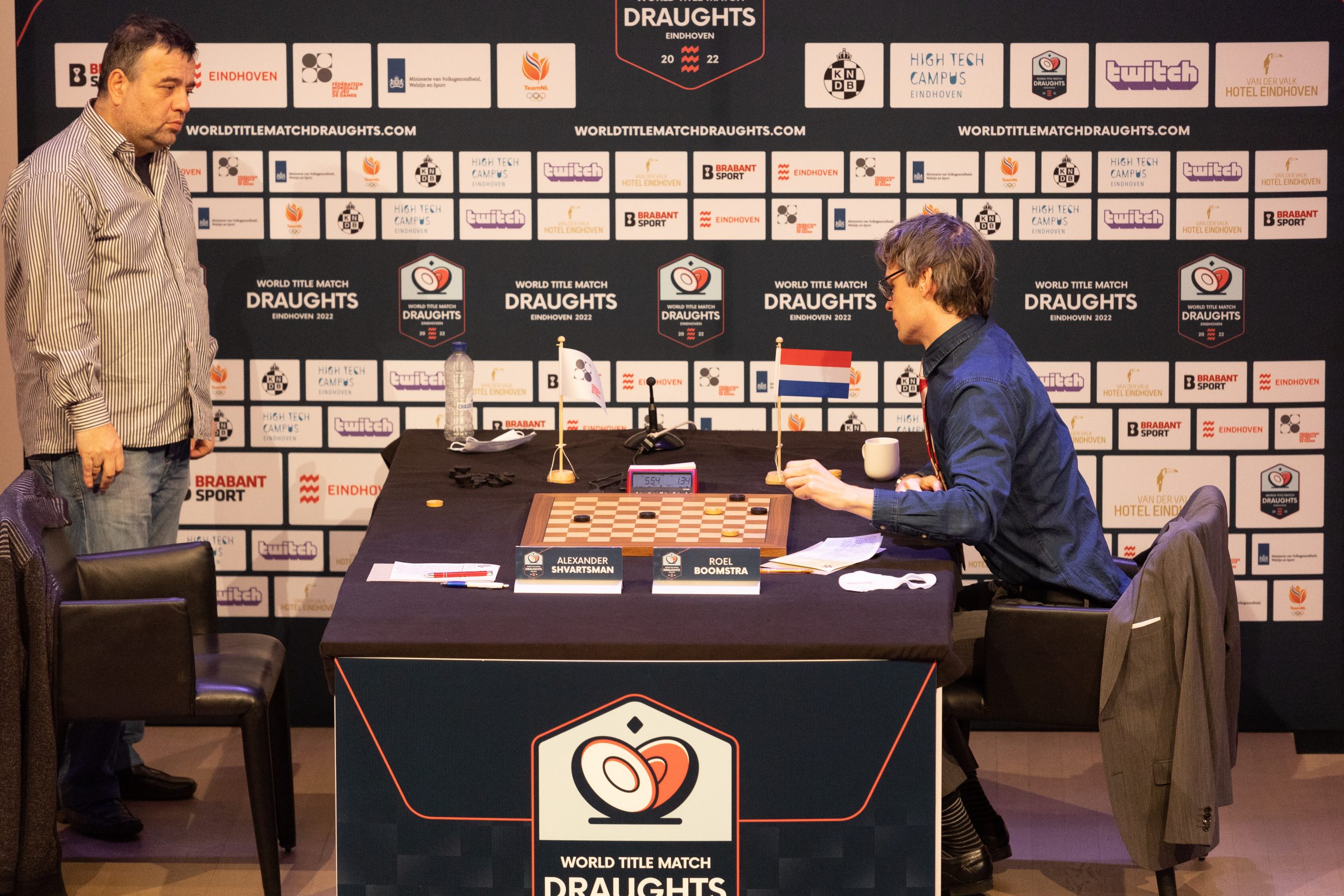 Also matchday 6 ends in a draw, tiebreak tomorrow a fact.

Good news for draughts lovers all over the world; with tomorrow’s upcoming tiebreak, a first victory is inevitable. Because Roel Boomstra gave Alexander Shvartsman the chance to go on the attack, matchday 6 immediately resulted in an exciting duel. In the middle game Boomstra found a strong move, which put Shvartsman on the defensive. The Dutchman got a wing break through a sacrifice. However, this was ultimately not enough for a victory. Despite the precarious situation in which the Russian grandmaster found himself, he remained as calm as ever: “Maybe I was a little lucky today, but you never just get lucky.

Tomorrow it is time for the long-awaited tiebreak, consisting of three parts: a maximum of three Rapid games and three Blitz games, if it is still not decided by then, the Superblitz follows. All parts have as a common denominator speed. The player who takes the first win of the day crowns himself the winner of the tiebreak and also takes the first win in the battle for the world title. Alexander Shvartsman looks ahead: “Roel is very good at speed checkers. We’ll see, let’s just play.”

“His complaining is good for me”

The frustrations of Roel Boomstra have not escaped the five-time world champion. He responded to Roel’s remarks. “If he complains it’s good for me. I find that a bit crazy. If he wants interesting matches he should try.” Whether the Russian is looking forward to the tiebreak tomorrow? “We’ll see,” he says. In his own words, he is mostly in need of rest. Tomorrow we will see how sharp the grandmaster is.

The battle for the world title of checkers can be watched daily on Twitch. Today all records were shattered. The duel drew a whopping 13,000 viewers at its peak, with a total of 168,000 unique viewers. Unprecedented numbers never seen before in the sport of checkers.