World Championship Draughts about to start 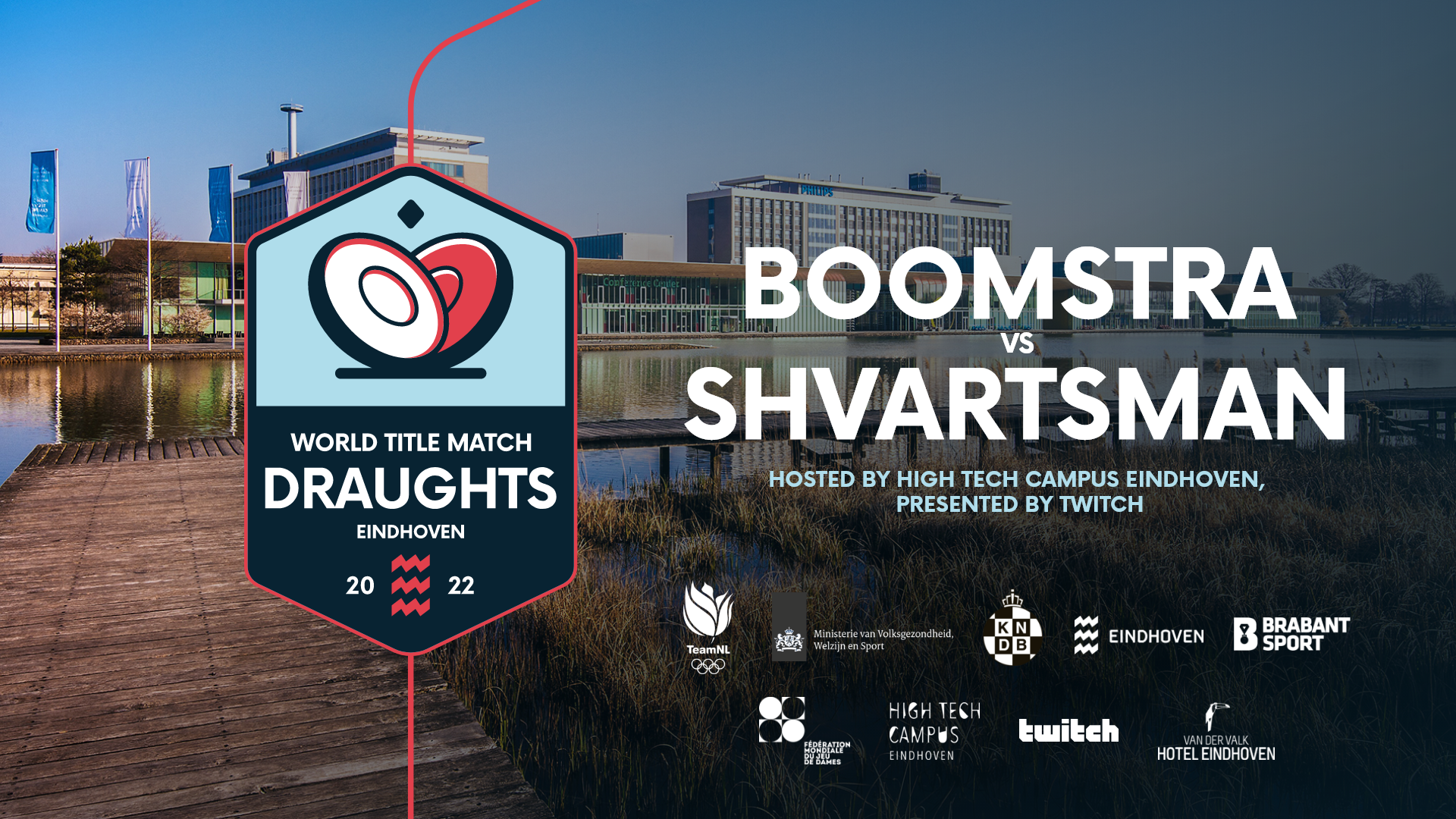 On January 5 the world title match draughts is set to start. Challenger Roel Boomstra and current world champion Alexander Shvartsman will compete in a direct duel for the title. This sport of forward thinkers sets down in the region of forward thinkers (City of Eindhoven) and has found its venue in the well-known High Tech Campus. Thanks to media partner Twitch, the fans can enjoy the world championship safely from home.

Netherlands vs. Russia
Challenger Roel Boomstra is competing for his third world title. In 2016 Boomstra captured his first world title, after which the following year he had to surrender it again to his Russian rival Alexander Shvartsman. Since then, it has been a constant exchange between the two; Shvartsman stripped Boomstra of his world title in 2017, upon which the Dutchman claimed the throne again in 2018.

Russian Grandmaster
The international grandmaster from Russia crowned himself fivefold world champion in the Estonian capital Tallinn earlier this year, setting the tone for the draughts spectacle in Eindhoven. The 54-year-old draughts veteran from Moscow tells how he assesses his chances: “COVID still plays a big role in our lives, of course, but it’s great to be able to pick up daily life once in a while, if the measures allow it. I am therefore very much looking forward to the match with Roel. Considering his unique style of play and the fact that the set-up of the match is a duel, I think his chances are higher. Of course I do not consider myself without a chance and I will, as always, go for the win.

Ready for action
So the 28-year-old Dutchman knows what he has to do. Boomstra already looks ahead: “Of course I am very happy that the world title match can take place in this difficult period of corona. This really gives me something to look forward to. Given the excellent form of my opponent in 2021, and my own good form, I expect a high quality, exciting match, where every detail can be important. I also think it’s very cool that we have found a special and suitable venue in High Tech Campus. The fact that everyone will be sitting in the front row via Twitch from January 5 is also very appealing for our sport!”

More than a world title match
The competition for the world title will not stop there, however. Besides the World Title Match, a side-event program will be implemented in the B5 cities (Eindhoven, Den Bosch, Tilburg, Breda, Helmond) to address loneliness among young and elderly people. ‘Take a step against loneliness’ will connect two generations by letting them undertake activities together and reduce loneliness.

The first draughts match will take place on Wednesday, January 5, with the final meeting scheduled for January 20, if the world title has not been won earlier by one of the two. All the ins and outs about the playing dates, the live stream, as well as the entire side-event program can be found at https://worldtitlematchdraughts.com.